I omit the reports on purpose (MS Sprint Contest). The furthest station worked was R5WM over 2166 km. Amongst other 2000 km+ QSO’s, US8AR was using 100W/9el and UT8AL used only 25W/21el ! On August 18th in the morning, during the YO Marathon, 9A, Italian FD contests, there was an outburst. I worked YO2BBT in SSB but failed to complete with YO7FWS during a 1 min MS burst. Both called me at the end of a Tropo QSO with OK1RDO, also in OK Contest.

Squares worked (click on the maps below to enlarge) : 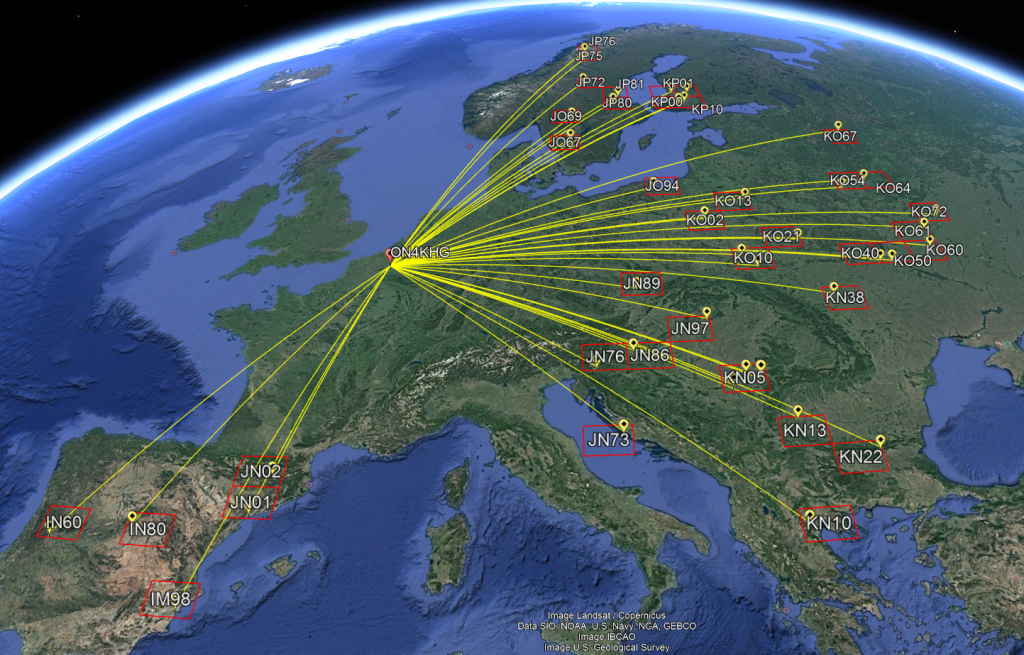 I didn’t notice a real peak of the Perseids, or perhaps on the 13th in the early morning. Also visually, it wasn’t that much a fireworks, at least when I watched outside ! This year during the Perseids, we “suffered” from the same newbies we face in FT8 : people ignoring what MS is all about, calling you via Tropo and using uncoordinated 15 sec periods, just because it is embedded as is in WSJT-X…

By making some data processing (excluding the stations < 800 km) with exports from PSK reporter in Excel and kml mapping tools outputing into Google Earth (drop me a mail at on4khg@voo.be to know how to), one comes up with the map of all the stations I heard (mostly MSK144) during the Perseids (the furthest heard was UR3EE at 2314 km) : 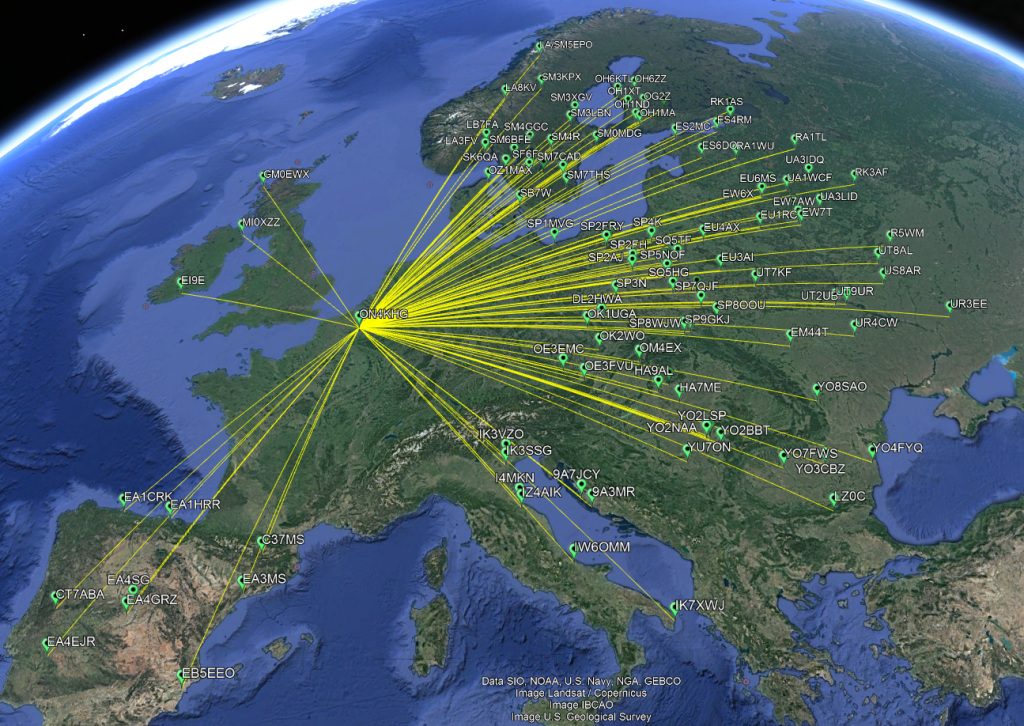 By making a likewise data processing for the stations that heard ON4KHG, we have (furthest was RA3EL at 2206 km) : 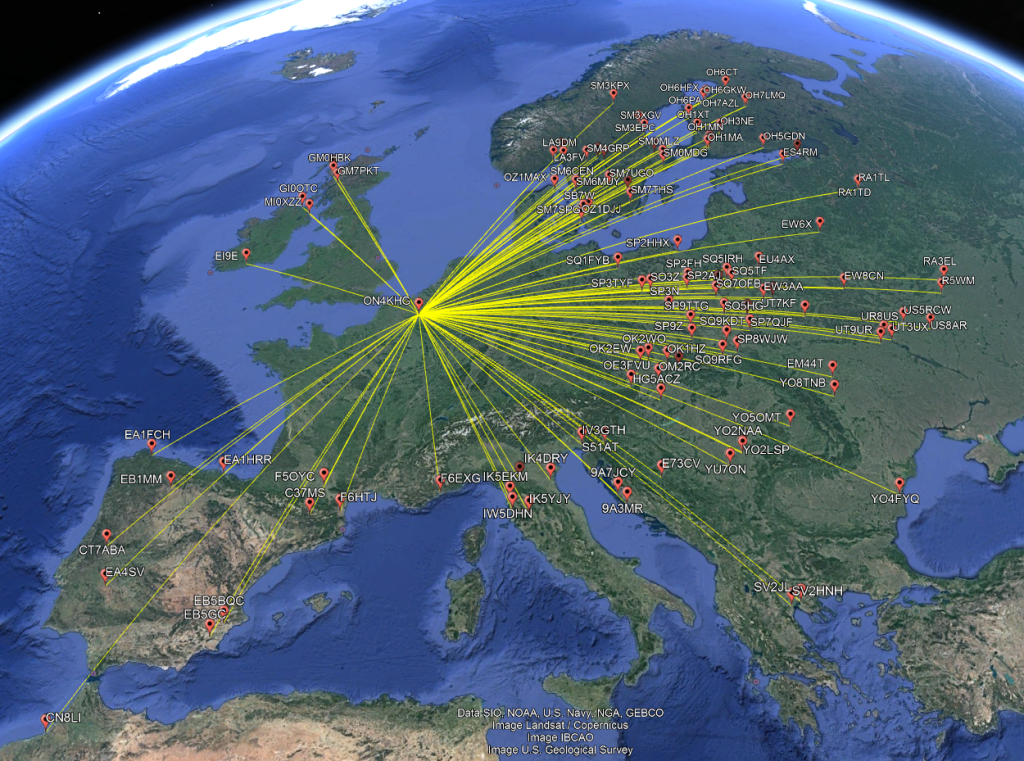 This entry was posted in Trafic / Traffic and tagged Météor-Scatter, Perseids. Bookmark the permalink.