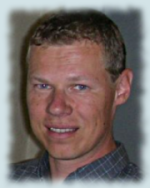 My first name is Gaëtan, I was born on January 30th, 1971. I live in Horrues, a small village being part of the bigger city of Soignies. It is located 40 km at the South-West of Brussels, in a splendid green region of the province of “Hainaut”. Till 2000, I have been living in Wasmuël, a village between the city of Mons and the French border, in a region called “Mons-Borinage”, famous for its coal mining past. I started very soon, around 11, to be interested in Radio. First by listening to the international radio stations broadcasting on short-waves (my favorite one was Radio Sweden International). In 1984, I was active on the “27 MHz DX band (CB)” ; I keep a good souvenir of this period. In 1987, at the age of 16, I succeeded at first try the ham radio examination, without any school technical background and got my first callsign, ON1KHN. It then allowed me to be active on the frequencies above 30 MHz, morse code (CW) excluded. One year later, I passed successfully the CW examination and got the full license callsign ON4KHG, which is still mine nowadays.

Since the beginning, I’m almost not interested in the HF bands but rather in the VHF ones. The 144 MHz “weak signals” band being my favourite one (Tropo, Aurora, MS, Es, EME). I also did a bit of 50 MHz in the early 90’s and have been active on the 1296 and 10368 MHz bands too. Though I still own the equipment for these last two bands, I’m no more active, as my current tower is not strong enough to host more infrastructure than the 144 and 70 MHz antennas it is supporting at the moment. Finally, I’m one of the few ON’s active in the small 70MHz band segment allocated in Belgium since November 2009.
My main interests in the hobby are propagation phenomenons and homebrewing of equipment (see section “Homebrew”).

About my education, I’ve got an engineering graduation (MSc) in electronics (1993), completed by a post-graduate in Telecommunications. I first started to work in the telecom division of an energy engineering company. I moved afterwards in the military industry (Thomson-CSF, now Thales) and entered the mobile telecom world in 1999. Currently, I’m “Business Continuity & Problem Manager” at ASTRID, the Belgian public safety telecom company, operating a nation-wide mobile radio network (based upon TETRA standards), a Pocsag paging network (yes, it is still alive…) and all the emergency call-centers (numbers 101 and 100/112).

Companies I’ve been working for :

This entry was posted in 1 - Qui suis-je / About me and tagged ASTRID, Horlin, Horrues, Mons, ON4KHG, Soignies. Bookmark the permalink.